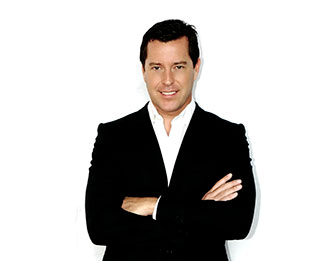 “The common skill of every great leader in history
was their ability to turn imagination into reality, and help others to do the same.”
Austin Vickers

Austin began his career as a trial lawyer in 1989 for one of the largest law firms in the world. He then moved on to an international corporate law practice with a division of a Fortune 100 company, ultimately serving as General Counsel of a European Division based in London, England, where he was responsible for managing its legal affairs in over 15 countries.  In September of 2000, Austin resigned his position to focus on his passion for “guiding the vision and development of people and organizations.” Since then he created and is the President of Quantum Horizons, a consulting firm that has worked with many of America’s top corporations; author of Stepping Up To a Life of Vision, Passion and Authentic Power;  and the writer and producer of People v. The State of Illusion, which was released in theaters in 2012 by Samuel Goldwyn Films, where it was one of the most successful documentaries of the year.  For the last two decades he has been entertaining and educating audiences across North America, delivering his keynotes, leadership training programs and presenting his film to some of the world’s leading corporations.  In 2014, Austin was an invited guest speaker and teacher to the Mandela Rhodes Leadership Foundation in South Africa, founded by the late, great Nelson Mandela and the Rhodes Trust to further the development of leadership on the African continent.  He has also presented his material to a number of Fortune 500 clients, including the following:

“The reaction to Austin Vickers presentation from educators attending the Institute was overwhelmingly positive. Austin brought a new perspective to consider when teaching and learning. He opened our minds to our ability to set our own course regardless of the challenges we face in education today.”

“Austin Vickers is a dynamic and engaging speaker . . . .His program strengthened the relationships between senior management and their direct reports, and helped individuals relate and appreciate each other in a profound manner.”

“Austin played a key role in, not only in helping us educate and train our leadership,  but also in creating and executing imaginative business strategies that helped fuel our growth for over a decade.  I can recommend Austin for your organization’s needs without hesitation.”